If you're tired of your Internet going out when you need it the most, make a change. Learn where to find the best Internet services. Click here. 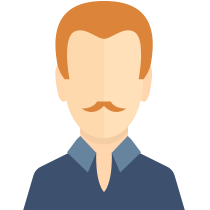 If you're tired of your Internet going out when you need it the most, make a change. Until recently, I experienced the same thing. When it stormed in my area, the Internet went out. I work at home so keeping my Internet going is essential. Finally, after arguing with my Internet provider, I switched services. My new provider's cable lines don't break or loosen up during heavy storms. In addition, I pay a lot less for services. My blog helps you find Internet service that really works. I also offer tips on how to choose the best service, which saves you money. Thanks for reading.

Computer gaming has burst into a world of big commercial titles, innovative independent (indie) titles and everything in between. Long gone are the days where the only way to get a game was to buy a cartridge, diskette, CD, DVD or other physical media, as many gamers simply download the games they need straight to their storage drive. Downloading games quickly is just one part of the equation, but if you're wondering how much the internet affects the rest of your gaming experience, here's some networking insight.

With online gaming, there are many types of games with different levels of competition, synchronization and ways that the internet can cause problems if not managed properly.

The least of your troubles is co-op gaming. These online games are almost no different from hooking up an extra controller to a video game console, in that you and your friends play in a pre-rendered (already built and full of expected outcomes) world. In most multiplayer co-op games with around 4 or 8 players, the internet mostly just exists to get you connected to the same world.

If the game uses a dedicated multiplayer server, it only needs to manage a game session between you and a few other players. The information updates that contain what you and other players do to the server are so small that you would need major problems nearing complete internet failure to notice an issue, but that's still an issue that gamers face.

If there's bad wiring in your home, infrastructure issues throughout your local area that your ISP (Internet Service Provider) needs to fix, or problems with your own connection, you'll be standing in place while trying to play, jumping across the map in ways you can't control, or getting disconnected constantly. If there's no dedicated game server and you're simply connecting to your friend, internet problems with either one of you will spell trouble for the entire game.

The world of Massively Multiplayer Online (MMO) games has grown into its own industry since the days of Everquest, Ultima Online, Dark Ages Online, Final Fantasy 11 and the current giant World of Warcraft. If you plan on having any level of fun on an MMO, your internet connection standards must be higher than average. MMO games rely on a constant stream of updates between you and the game server. Unlike co-op games, there's more than just information about the inner world of the game. First, an explanation of what the standard MMO server handles.

At your favorite MMO, there isn't one big computer running a big monitor that shows your world. Instead, the server is a series of text files and databases that update everything in the world with numbers, labels and updates. Your character and other players are identification numbers, but so are the non-player characters (NPCs). Items dropping from enemies are randomly generated from a data table for that enemy that represents results for you and players involved in the kill.

Your installed copy of the game with intense graphics and sounds is merely an interface. Your computer isn't making these things appear. This means that constant updates about the state of the game must be sent down to milliseconds(ms) of correctness. It's anecdotal, but even 200ms of delay known as lag can feel like walking through mud.

To dodge computer-generated enemies accurate, execute your abilities properly and to especially compete with other players who take their gameplay seriously, you can't have delays. Contact a broadband internet professional to discuss repairs and upgrades if necessary.